International Tolerance Grades – ITOl to IT16 – Limits and Fits - Explained

The most commonly used grade numbers are IT6 through IT16, and these are based
on the Renard R5 geometric series of numbers. For these, the basic equation is

With D determined, tolerance grades IT01 through IT16 are found using Eq.and the following table 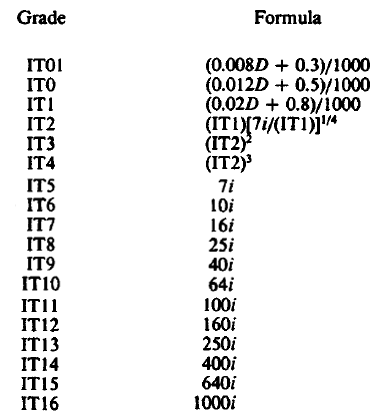