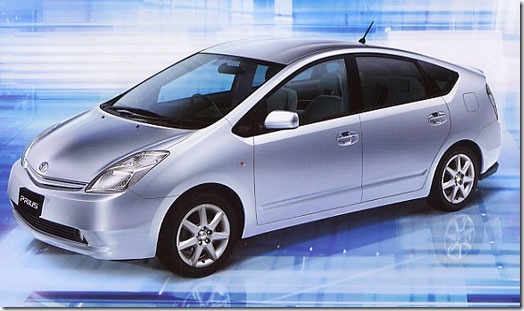 Toyota's ecological Prius gas-electric hybrid will become even greener next year with solar-powered air conditioning on some high-end models, The Nikkei reported Monday.

The solar panels on the roof of the new Prius model will provide 2 to 5 kilowatts of electricity, the major Japanese business daily said in a report without citing sources.

A Toyota official, speaking on condition of anonymity because product plans are not supposed to be disclosed to the media ahead of time, has said details on what will be a third-generation Prius will likely be revealed in May of next year. He did not elaborate.

Sales of the Prius have been booming, thanks to soaring gasoline prices and growing worries about global warming. A hybrid delivers better mileage by switching between a gasoline-fueled engine and an electric motor.

Toyota has made hybrid technology the pillar of its growth strategy, promising to deliver hybrids in every model in its lineup soon after 2020. Toyota has sold more than a million Prius models over the past decade and is planning to sell a million hybrids a year sometime after 2010.

Toyota is also pursuing an aggressive strategy for ecological production by using solar panels and other technology at its plants.

Adding solar panels to a mass-produced vehicle would mark a first for a major automaker, The Nikkei said.