A Classic Rags To Riches Saga 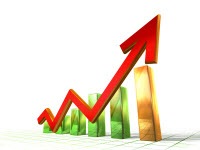 A truly inspiring & classic rags-to-riches story published in Outlook Money. During these recession times we can learn from him. My salutes to Subramani Ramachandrappa. Here is the untouched version of outlook article.

It's the classic rags-to-riches saga. Subramani Ramachandrappa' s father was a weaver who started out as a daily-wage earner but saved enough to start his own silk factory. Unfortunately, Ramachandrappa senior decided to retire, leaving the business to his younger brother, who ran it to the ground.

A depressed Ramachandrappa committed suicide in 1997. Subramani was then in his third year of college, studying textile engineering.

With the death of the patriarch, the family of nine looked to Subramani to lead them out of a financial mess. His uncle, who had incurred debts of over Rs 3 crore (Rs 30 million), including Rs 2.5 crore (Rs 25 million) of unsecured personal debts, refused to take any responsibility for either the financial liability or the family.

Deep in debt: Struggling to appease the stream of creditors and moneylenders, Subramani was named in over 32 cases. That year, he attended court more often than his classes and soon learnt that he would have to know law as well as finance if he was to disentangle his inheritance. But he decided that he would continue with his studies. Subramani graduated in 1998, ranked fourth in the university.

He needed money to pay for family expenses and to take care of lawyers' fees. But good jobs were hard to come by, and so Subramani took the first one that came his way - as a supervisor in a small waterproofing company. He was promised a salary of Rs 2,000, but after two months of work, he was given only Rs 1500.

To make ends meet, Subramani sold the family's furniture, TV and VCR, as well as some jewelery. But he still needed a job, and joined Citibank as a direct sales agent. As a DSA, he was told he would get Rs 2,000 if he sold 20 cards a month. But there was no system of rewarding over-achievers, and though he sold 34 cards the first month, the extra sales went to balance the low sales of non-performers.

So he quit in frustration and went on to dabble in a range of low-paying jobs, including as a farm worker, driver-cum-supervis or, and even accountant. And to pay the rent and meet legal expenses, Subramani borrowed Rs 3 lakh (Rs 300,000) from friends.

Realizing it wouldn't be easy to find a job that would allow him to repay his debts, Subramani tried his hand at business. In 1999, he started an event management company to organize corporate theme parties. While the idea was sound, the business itself was cyclical and needed deep pockets. Subramani ended up offering huge discounts just to stay in business.

Ray of hope: Then, in May 1999, he got a reply to one of his previous job applications. The job was at Biocon, marketing textile enzymes. He was based in Bangalore at a starting salary of Rs 6,000. But his expenses were mounting. Though his progress at Biocon was swift and he was earning Rs 24,000 a month after one and-a-half years, it was hardly sufficient.

News from the courts was not encouraging: the banks had got permission to prosecute his family. The family home had to be sold, but raised only Rs 50 lakh (Rs 5 million). Subramani then began the process of negotiating with the banks to settle Rs 2.5 crore of debt. After four tough years, he managed. But by then, the money scene had become desperate. He quit Biocon to join a Chennai-based business group as chief marketing officer. By 1999-2000, he was making Rs 50,000 a month. Even this was barely enough to make a dent in his debts, and so Subramani decided to capitalize on his years of experience to start off on his own.

Sunrise sector: Richcore began as a marketing outfit. The company's first two clients were Biocon and Mohan Breweries. Marketing was difficult as the field required extensive domain knowledge and clients were looking at proven track records. To add to his woes, any gains Subramani made from Biocon were wiped out as Mohan Breweries wasn't paying up. But he persevered, and began getting better clients. In 2002, he set up his own R&D facility at a cost of Rs 5 lakh (Rs 500,000) - funded from internal accruals. That year, Richcore had an office of its own.

Today, Richcore is worth Rs 10 crore (Rs 100 million) but Subramani's days of debt are still not at an end. He stills shells out Rs 50,000-60,000 a month to pay off creditors. Which is why he travels economy class and stays at budget hotels.

But moderation in his personal life has not rubbed off on his business; he has diversified into manufacturing enzyme products for the animal feed, textile, paper, leather and distillery industries and providing global marketing services to pharmaceutical and neutraceutical companies.

Richcore has an office in Washington and an R&D facility in Hosur. Says Subramani: "The victories have little impact when you start up. The failures make all the difference. Whenever you start a business, everybody around you expects you to fail. In my case, this meant not just personal failure but also that of my family."